MECÀNIQUES TROEM, S.L. was founded in 1989, as a result of a restructuring process of the family business from the hand of Pere Prat (father) and Ramón Prat (son).

Initially located on an industrial premises of 170m2 on C/Progrés de Torelló (BCN), being his main activity giving service as Mechanical Workshop to other industries of the zone and manufacturing short series of drawn and blanked metal parts. Some sectors were: hardware, white line, carpentry,... .

Is in 1990, from the hand of Vincke, when started the contacts and supplying for the Automotive field. Is an important point on the trajectory of MECÀNIQUES TROEM; from here starts a sustained growth over the time that, in 1991, encourages the direction to move the activity to a new 300m2 industrial unit, the change allows growing on space and on working hours, improving the level of customer service.

The company is gaining the confidence of the Automotive sector on a constant and gradual manner, involving the acquisition of new machinery to reach the productive requirements of the moment. This growth causes a new change of premises in 1999, on this occasion the activity is moved to two industrial units, 500m2 (on property) + 250m2 (rental).

After years of Productive growth the direction understands that is necessary to tackle a Qualitative growth, it crystallizes on the year 2000 when the company obtains the certification under the standard UNE-EN ISO 9001. Also customers recognize the high degree on service and quality of MECÀNIQUES TROEM, as example, in 2001 MECÀNIQUES TROEM is awarded with the third prize on the European Suppliers Convention of Hutchinson Group for flexibles division.

With a higher capacity of production and with an improvement on the service and quality, the company continues its responsible growth during the first decade of the 21st century. In 2010 a new change of location is faced, the last for the moment, establishing the facilities on C/ Mas les Vinyes de Torelló (BCN). Maintaining the 500m2 premises as a warehouse and moving the offices and the production center to a 1600m2 premises, located on the same street, setting 2100m2.

Since then MECÀNIQUES TROEM has maintained its dynamism. Today the machinery park still grows, and with it the production, quality and service. An example of it is the acquisition of an Ultrasonic Automatic Line to clean the parts, and comply with the demanding standards of the Automotive sector.

MECÀNIQUES TROEM keeps and it is going to keep its commitment with the service, the quality and the responsible growth that have distinguished it since its inception. 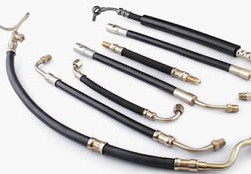 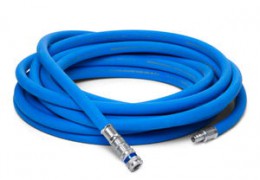 For non-standard products and customized products